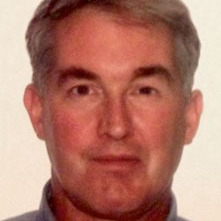 In which Vancouver neighbourhood or other community do you live?
Other (indicate below)

If you don't live in Vancouver or are in another neighbourhood or community we did not list, please tell us where home is.
Courtenay, BC

Please tell us which areas of Transition interest you. For example: growing more food/urban agriculture, relocalizing our economy/local currency, Permaculture, transit, energy efficient buildings, the arts, urban homesteading, preserving seed diversity, placemaking, potlucks, outreach, organizing events, community-building, having fun while saving the world, or...
Building community connections and trust strong enough to advocate for each other and protect every fellow resident is the core of a good society. More people seem to "fall through the cracks" in Vancouver than any other city in the Western world, costing us not only money but our souls...and I am not just talking about the homeless.

Transition is about the rebirth of an interwoven democratic ferment, where respect is the basis of communication and Pareto efficiency rises in parallel with the principles of social justice.

We get there by sharing with our neighbours, our losses and gains, thinking globally but acting locally, cherishing our traditions as much as our older generations who understand them, enabling our children to think for themselves and excel, and saving for a rainy day...because we continue to have so many.

There's a saying that "Transition is not a spectator sport". It's true! Village Vancouver runs on people power, and engaging in activities and projects together helps us accomplish more. Which groups, networks, neighbourhood villages, or projects do you think you might be interested in getting involved with? And what knowledge, skills, resources or other assets can you bring to the mix? (Don't be bashful!)
Webmaster, Energy Group Convenor, Outreach Group Co-Covenor, Urban Market Gardening Convenor, Tool Lending Librarian, Potluck Tableware Depot, Main Street Neighbourhood Village Director, Urban Food Gardener, Solar PV "Harvester," Community Collaborative Garden Initiator, and Local and Organic Food Activist

What would you like to see improved in Vancouver or in your community regarding sustainability or resiliency? Do you have an idea for a new Transition project or activity?
Where do I start? "Sustainability" is regulated to death in Vancouver, using laws that outlaw sufficiency or innovation, even where global best practices have shown the merit of scope-limited and performance-based approaches. From building codes and construction practice to community regulations and public behaviour, Vancouver policy is in endless disconnect. Nothing changes, even in the best of times when almost limitless resources are available.

Of course, nothing is limitless, except for the human capacity to make changes one-by-one, an individual at a time, AND all at the same time. This is IMHO the role of government, to engage, inspire, and enable ALL to take part, without undue constraints and with clear and transparent goals and paths defined.

In our current system, cynicism is rampant and drives people away from the polls and most forms of political engagement, leaving the field to extremists with no interest in finding common ground. The frictional losses from a ludicrous focus on ill-defined "process" and endless "consultations" borders on a criminal assault to democratic decision making, creativity, personal privacy, and quiet enjoyment.

There is a reason Vancouver is known to have the lowest productivity of any major city in Canada, and scores poorly on public transparency and adherence to the rule-of-law. Accountability is a farce, and conflicts of interest in both public and private governance are the norm. Proper management suffers accordingly, and leadership is bankrupt.

The only way Vancouver can develop into a world-class city with world class business and consociational traditions is to embrace sweeping changes to its regulatory philosophy through a new emphasis on outcomes-based policy over proscriptive rulemaking.

Vancouver could take a lesson from its world-class chefs and restauranteurs. It is not a matter of how "good" your recipes are, how well you think you can cook, how pampering the service, or even what the critics write; the question only is how many of your customers (and their friends) come back.

Sustainability, aka success, in the restaurant business is all about pleasing the customer and retaining them. For the truly great restaurants, it is raising the bar a notch and conveying a new appreciation for quality food.

People vote with their feet, and in a democratic system (as with any competitive market business), it is only these votes that really count. The greatest cities are no different: they raise the quality of life--health, social relations, well-being, and pure enjoyment--for all of their citizens and visitors.

Only the greatest cities can parlay this quality of life into the salvation of human society in the face of Peak Everything and climate change, and in the process also perhaps protect all other life on earth.

I agree to read and abide by the Site Guidelines under the About tab on the navigation bar, remaining respectful in all communications on this web site.
Yes

Don't feel like answering all the questions now? No worries, just tell us briefly why you're interested in joining at this time, and you can come back and update your profile later.
I think I wrote too much above!

I anchor the far western side of the Transition Village of Main Street Neighbourhood, living as I do in Douglas Park, just a few houses west of Cambie. I moved into the neighbourhood just as The Big Dig (aka RAV or Canada Line) started, have defended our small businesses over the past five years ("losing" several to Main Street, but seeing 85 small shops and restaurants go under to be replaced by several Big Box retailers), and started a carbon-neutral gut renovation of my house.

Using mostly reclaimed lumber, recycling all "waste" materials, planting an eleven hundred square foot vegetable garden, and installing a 97% efficient gas/solar-hydronic heating system, I am on track to integrate passive solar air exchange, 2 solar hot water panels, 8 solar PV panels, a plug-in scooter, and 70% rainfall collection and storage. Most of these initiatives I learned from the PassivHaus movement in central Europe, and my total home energy use is already nearing the PassivHaus performance standard of 120 kWh per square metre per year. I have been fighting the Planning and Building Departments of Vancouver City Hall every step of the way. The building inspector told me my 1920s home was "beyond its design life." Design review staff laughed at my plans to catch and store and buffer all rain surge water from impermeable surfaces, let alone to build with reclaimed lumber using direct-load, truss-free construction techniques.

With the help of three plum and two lemon trees, I harvest approximately 240 kilos of fruits and vegetables every year, sharing some with Julie, Nate, and Everest's  NOWBC depot. A regular customer of  Neighbours Organic Weekly Buying Cooperative (NOWBC), an on-line local and organic produce cooperative, I am beginning to wonder what a "grocery store" is, other than the fields of Lower Mainland's organic coop farms. However, it is still nice to have Choices and Cambie General Store to fill in here and there (until they legalize cows in the city ;-).

I am on the Boards of  Village Vancouver, Neighbourhoods for a Sustainable Vancouver (NSV),  Riley Park/South Cambie CityPlan, and the Residents Association of Mount Pleasant. I stepped down after two years on the Boards of  NOWBC and the Hastings Park Conservancy.

A former UN international development project manager, I am still involved in one industrial start-up venture and also edit and produce films for public television and university-level distance learning programs. I teach alpine skiing and high-angle mountaineering on a volunteer basis.

The Plastic Ocean: A Cry For Help, by Jak King

This is mirrored from Jak King's blog here:

I just finished reading “Plastic Ocean” by Capt. Charles Moore and Cassandra Phillips. Hard to say much else but that this should be the “Silent Spring” of our generation.

Moore is a seaman who has become an oceanographer and environmentalist. It was his voyages that focused attention on the huge amounts of pollution — mostly…

Imagining a Moral Economy for British Columbia, in The Tyee, by Christine Boyle & Seth Klein

It is a rare event when our local media, of any stripe, publish writing of such honesty and progressive weight on most all of the issues of Transition.  We wish to celebrate just such an instance by reprinting a Tyee article here by two very talented writers, Christine Boyle and Seth Klein.  Village Vancouver also wishes to thank The Tyee staff and editor for making such journalism possible.…

Sandra Ignagni hosts the monthly Sew Op, where community members can drop in for free, at her home in the Kitsilano neighbourhood. Photo by Kerry Hall…

Twenty blocks on Main Street will be closed June 16

Car Free Day Vancouver has evolved into a community-driven project far beyond at least one organizer's dreams.

"It's kind of like that Stone Soup fable," said Matthew Carrico, who sits on the board of the non-profit society and helps co-ordinate the Main Street festival. "We supply the nuts, bolts and logistics, and the community takes it from there. We shut the streets down,…

Hi Randy do you know of any collective houses that have openings now.
can contact me joann.melman@gmail.com

At 11:19am on January 10, 2013, Gerry Robertson said…
Thanks, Randy! I am definitely going to fill out the profile page as I have several interests and an active workshop in my home. I hope people will read about all I have to offer. I look forward to getting much more involved in the community through your projects. Warm regards, Gerry

Thanks Randy! I move there November 1st...I will check out the document you sent me and try to make it out the potluck!

lyndsay ferguson said…
Thanks Randy! Can't make that one but should be able to go to the next!

thanks for the response randy. Are there any mt.pleasant farmer extraordinaire that you had in mind who may have extra produce for the Local Dinner?

Thanks Randy. I'm on it! Made some connections to Village Surrey. Thanks!

Thanks for the welcome Randy! Agreed, we need to kick start a village in Crosstown.

Hi Randy
Thanks so much for your welcoming message.  I enjoyed reading through your profile and bio.  I too am struck by the disconnections of an ostensibly 'sustainable' city and the continuing unsustainable practices.  But that was balanced out by seeing how you're personally putting the theory into practice in your own life!

Regarding Community Way  and Community/Complimentary Currencies (I've been on this for a long time...) I was just introduced to this initiative that we may be supporting in some way at Vancity CU:  http://prezi.com/tpen9iw4r4lv/community-money-for-community-food/

I'd love to see it expand to other sectors but I think local food is a very good place for it to take root!

Peace, lots of love and justice,

Momo is now a member of Village Vancouver
Dec 30, 2022
Welcome Them!