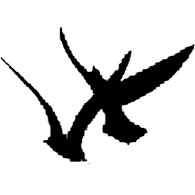 Japan, one of the world's most technologically-advanced nations, remains unable to stem the radiation leaks from the damaged reactors at its Fukoshima nuclear plant, almost 2 weeks after a powerful tsunami wiped out its electrical cooling system.  Alarmingly, top scientists from other nuclear superpowers, including the United States and France, have also failed to come up with a technological solution for this situation.  In the face of such impotence, is it not perverse and grossly irresponsible to proclaim (as Stewart Brand, noted environmentalist turned nuclear proponent is now doing) that nuclear technology is still the safest and best option for our planet?

The situation in Japan is a tragedy of indescribable proportions and could even get worse unless the runaway heating of those reactors is brought under control.  It is increasingly clear that nuclear technology has a LONG way to go before it can be judged foolproof.  Each year hundreds of malfunctions continue to occur in nuclear plants despite repeated assurances by the nuclear industry that these are safe.  As we are seeing in Japan, the nuclear waste problem remains unresolved and poses an ongoing threat.  Closer to home, the Diablo Canyon nuclear plant on the coast of California also stores spent nuclear fuel in water-cooled containment vessels, is located in an area notorious for its seismic activity, but was only designed to withstand earthquakes in the range of 7.0…even more sobering, despite many public protests, it was built next to an area far more densely populated than that of Fukoshima…

How many disasters will it take to convince us that technology doesn’t hold all the answers?  We must get over the suicidal belief that we should wait for a technological fix for our 'modern day’ problems.  We must face the reality that we have brought these on ourselves through our greed, massive overconsumption of energy and resources, addiction to technology and a complacent denial of an accelerating global environmental crisis.  Why gamble with the enormous risks inherent in nuclear and fossil fuel-dependent technologies, especially if it is unnecessary? The solution lies in getting back in touch with our local communities and re-learning to live simply, sustainably and in balance with the earth.  Green technologies alone are not going to save us.  It will take a complete shift in thinking for each of us and a profound commitment to an earth-friendly lifestyle.  We CAN make for a more peaceful, secure and happy world, but only if we each do our part. It is the true green solution, the only viable option for our planet.

As many indigenous peoples have known so well, Nature is inherently abundant, we must never forget that it is the land that sustains us and our children, but only if we treat it gently and with respect, not poison it for future generations. Let Japan's devastating experience serve as a dire warning to the world.  Instead of passively waiting for technocrats and governments to come to the rescue, let us awaken from our torpor, and take wise and responsible action as individuals and in our communities before it is too late.

How about the fact that General Electric, which designed and built this frail and failed nuclear plant, is the sixth largest company in the world, made over $5 billion in profit last year in the US, and doesn't pay any taxes to its home country.  Read more about this here or here.

How is it that we allow such corporations to roll the dice on tens of thousands of human lives and pay less in taxes than a single mother trying to educate her children because our school systems are in failure DUE TO A LACK OF PUBLIC FUNDING?

VV Events is now a member of Village Vancouver
Jan 8
Welcome Them!

Interested in participating in a VV garden? We have collaborative gardens/garden spaces in 5 neighbourhoods. Contact us at gardening@villagevancouver.ca. Gardening resumes in February/March